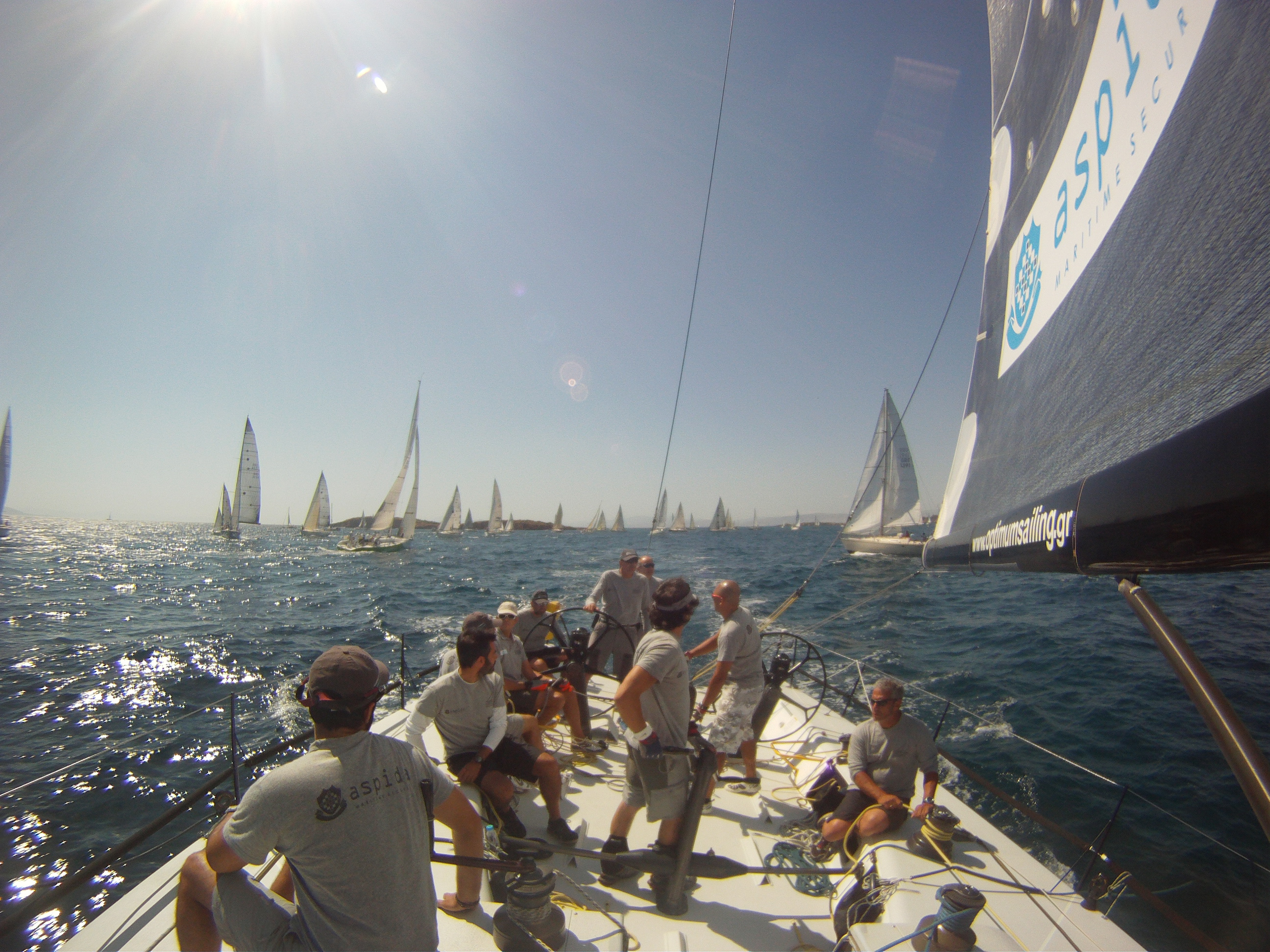 Winter Series Championship is On!

Since OPTIMUM Yacht Racing Team was not going to compete in The Rolex Middle Sea Race in Malta this year, was naturally registered to compete in the Winter Series Championship and try hard to finish the season on a high. Winter Championship Series is organized by Yacht Club Greece every year all through November. As such, the first weekend consists of a weekend long offshore race that runs through Saturday night of up to 79 miles, followed by a 35-mile coastal race next Sunday. The Championship is concluded by two more November Sundays packed with windward/leeward races around buoys. Historically and weather wise, the Winter Series have produced anything between sunshine to snow and calm to gale. It will be interesting to see what we will be served up this year.

So here we are for the first weekend which is considered the toughest because it runs more in the night darkness than in day light. Due to predicted light winds, the Race Committee opted to a shorter offshore course of about 60 miles, Faliron-Agios Gevrgios right-Faliron. The start signal was fired at 12 p.m. on Saturday and OPTIMUM 3 crossed the finish line first about 14 hours later at 01:39, on early Sunday. It took a bit more than 25 hours for the last boat on the ORCi category to finish and only then the results were posted, and showed OPTIMUM 3 –ASPIDA in 3rd place!

“It was sunny with temperatures from 25οC in the morning down to 13οC in the night. More importantly it was light and slow. Patience was the order of the day (and night) and consistency was in high demand to keep the boat up to speed in lulls and puffs. The wind averaged 6-7 knots true (max. 11) and we led the fleet from start to finish. All fifteen guys on board stayed focused and we initiated a 2-hour shift schedule that we followed with military precision from 16:00 and on a rolling schedule; five guys were able to rest below decks for 2 hours and the remaining ten concentrated on keep pulling away from our pursuers. Our concentration was assisted by our fellow competitor yacht BRAVE, a sistership to OPTIMUM 3 that was hunting us all along. We are pleased with the result in the scoreboard given the fact that in the light “stop-go” conditions we encountered throughout, the slower boats behind hold advantages on the faster boats ahead on handicap, like it happened in Hydra Race last week. So far so good, three more Sundays to go” says enthused Lambros Nakis, a happy OPTIMUM mainsail trimmer after successfully trying in racing mode his all new bright yellow/silver ultra high tech mainsail sheet provided by Kapa Ropes.

It is worth mentioning that on board OPTIMUM 3- ASPIDA except the usual suspects, (Alexis Marougas, George Hatzigeorgiou, Nikos Apostolakis, Giannis Kappos, Kostas Makridis, Manolis Markogiannakis, John Tachtatzis, Lambros Nakis, Manos Roudas, Nikos Lazos & Periklis Livas), Alexandros Sofroniadis and Andonis Nikolaou work their way on the bow department since the fall series, and George Kyragiannis and Alexandros Steinhauer completed the lineup for the first time. OPTIMUM YACHT RACING TEAM will keep trying and testing new recruits and gear throughout Winter Series Championship so that positively be on the forefront for another year in the coming 2014s season.