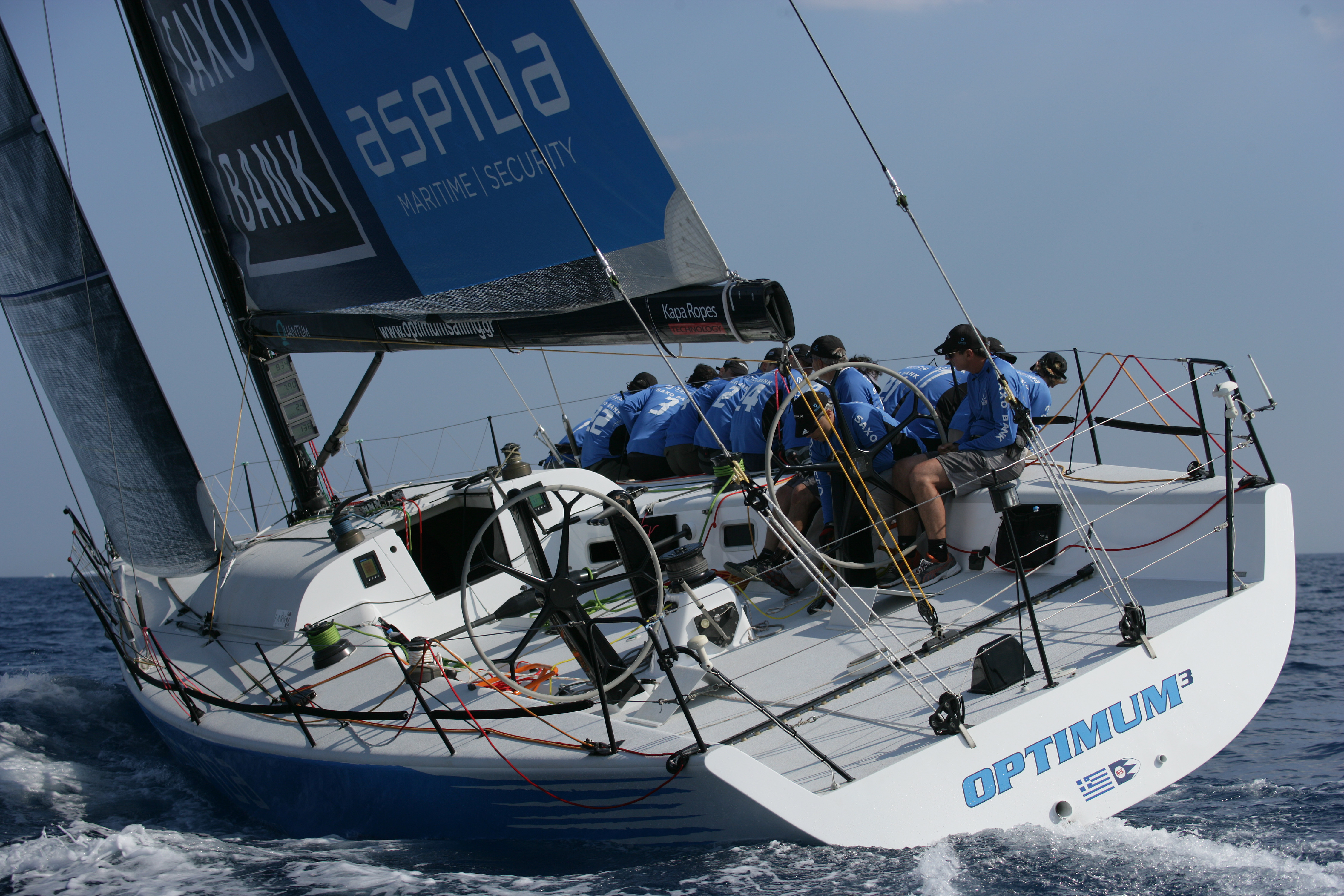 This is the 20th time that Optimum Yacht Racing Team will compete in the  Aegean Rally, the top offshore and most challenging event in the Offshore Sailing Calendar in Greece and one of the oldest and toughest in the Mediterranean.    The Aegean Rally is also unique among sailing events worldwide because year after year a new route with stopovers in up to three Greek islands is selected by the organizer Hellenic Offshore Racing Club.  No other longstanding event offers such a variety and that is why twenty or more will never be enough…!

There are numerous memories from every single Aegean Rally edition but last year’s 50th anniversary was so emotional and successful for Team Optimum that we guess it will take years to settle.  We managed 1st place by winning every single stage of the rally, a 5-0 score never achieved before in 50 years and at the same time we recorded, in gale force winds, top speed ever for the event of 29.9 Knots!  None of the Optimum team members will forget the scene of singing Hawai 5-0 song at the finish line in Cape Sounio under Poseidon Temple in the middle of the night…

But this is past and the 51st edition kicks off next Friday 18th July at 18:00 and covers about 400 nautical miles from Faliron Bay to Cape Sounio with stopovers in Milos, Astipalea and Ios islands.  OPTIMUM 3 sponsored by ASPIDA Maritime Security for third consecutive year and SAXO BANK as a new comer is getting ready to face another challenging 10-day rally race in extreme wind and wave conditions that the Aegean Sea serves in the July/August period.  The team had a good build up season so far with the aim to peak in October for the 600-mile Rolex Middle Sea Race in Malta. The Aegean Rally is a top test ground for the yacht and crew performance and team members are keen to record another great result that will elevate psychology for their main aim for the 2014 season in Malta.  Stay tuned for the build up to the start and crew line-up!