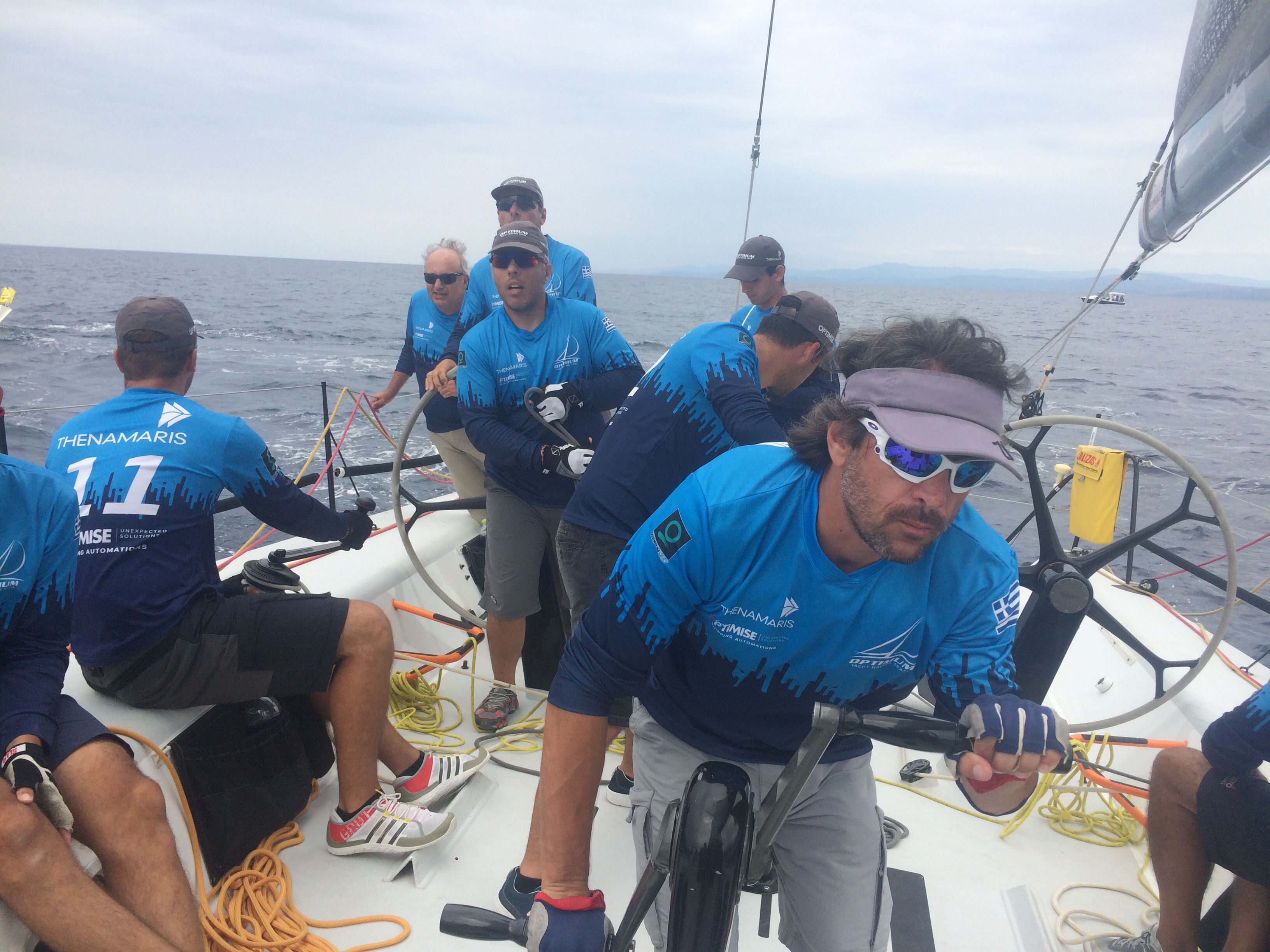 We are already done with two days of racing for the ORCi European Championship and OPTIMUM 3-THENAMARIS-OPTIMISE is lying in 8th place with three races out of nine completed. The Race Committee selected a 34-mile coastal course on Wednesday and managed to fit two W/L races on Thursday.
“On Wednesday we raced very well but the wind filled in from behind in the last downwind leg and we had to swallow a 20th place at the coastal race that I believe we did not deserve, but that is how handicap racing works. Today, we raced an extremely well in the first race finishing 5th and tried hard on the second race of the day managing a 9th place. On board OPTIMUM 3-THENAMARIS-OPTIMISE we are on a full fighting mode since we realize that the competition is super intense and even the smallest error costs many places. We are not surprised by that but we did not expect that commuting back and forth to Porto Carras from Nikiti village 20 km away would need so much time and organization energy as it has proved. So our days have proved too busy fighting at sea and ashore to keep everybody happy and spirited for the next racing day” comments smiling mid-bow George Chatzigeorgiou.
During the debriefing that followed both racing days so far, it is clear that the team is spirited and has to deal only with detail points and push hard all the way to the finishing line in every single one of the remaining races.