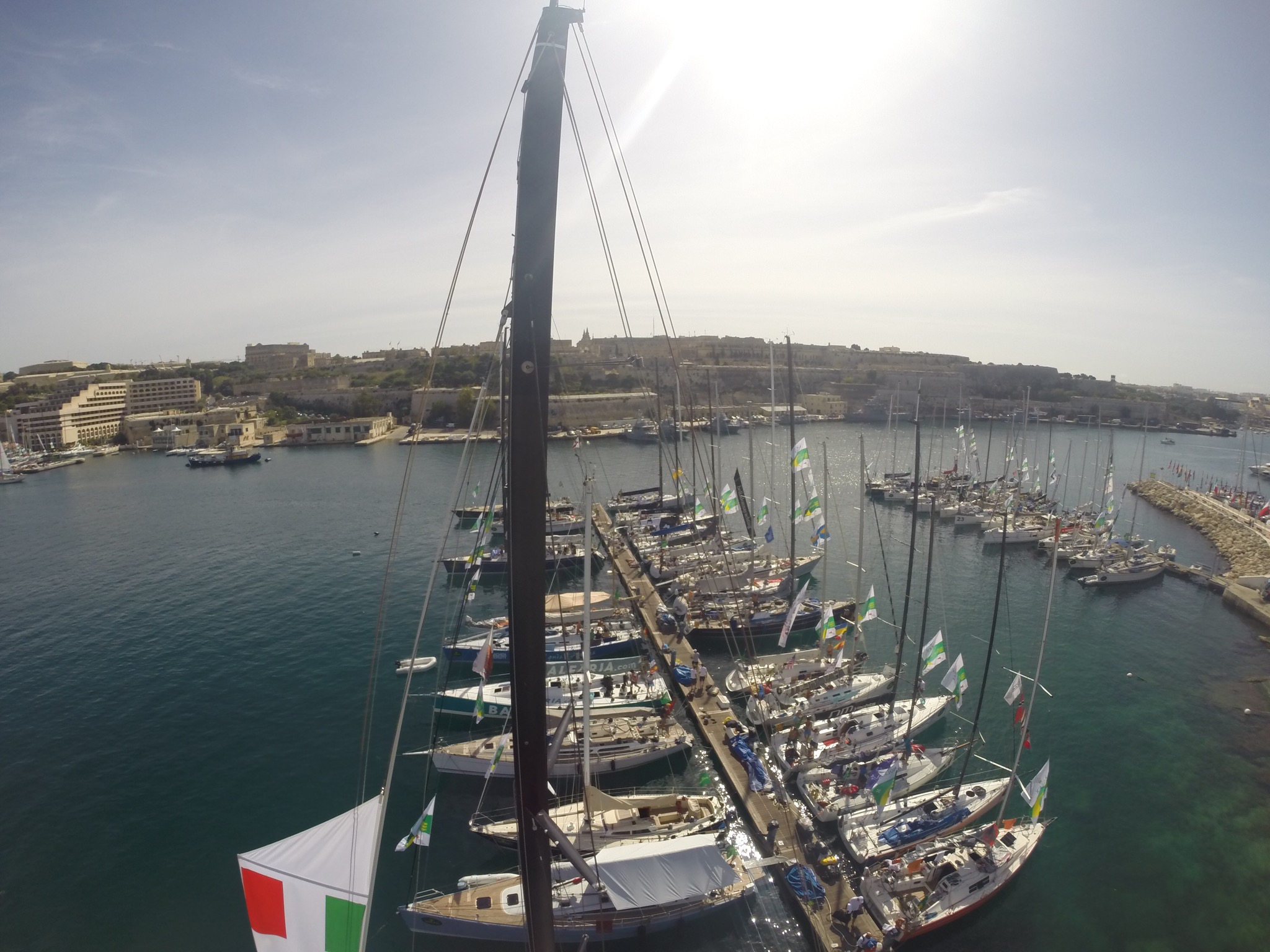 This is it! Nine months have passed since we decided back in February that participating in the 35th Rolex Middle Sea Race was the main goal in 2014 racing season for Team Optimum. Now, we are a few hours away from the start, the boat is in great shape and the crew hungry to put a great fight aiming to repeat 2004 victory overall in both IRC and ORCi handicap fleets.

“In 2012 we almost did it by finishing 4th in IRC and 1st in ORCi. We return this year with the best crew line-up ever and a very well prepared boat. All the guys have put considerable time and effort particularly for this race and today it showed during the 3-hour
training session. All went smooth and there were only smiling faces around. Of course we know that in the starting line on Saturday we will face 120+ teams from 23 countries as far as Australia and US, a record number of entries in the 35 editions of the race. Plenty of the heavy weight names in professional sailing can be found scattered across the fleet and a good result in this particular edition would make us really proud. Add that we are the only team representing Greece and we can’t wait for the gun start at 11:00 tomorrow” admits co-skipper Pericles Livas

One should not forget that Optimum Yacht Racing Team managed to bring Optimum 3 in Malta this year due to ASPIDA Maritime Security and SAXO BANK that committed their support to the Team Optimum early enough in November 2013. At this level of competition, only well planned and well executed campaigns flooded by true team spirit may aim for success. Let’s do it!