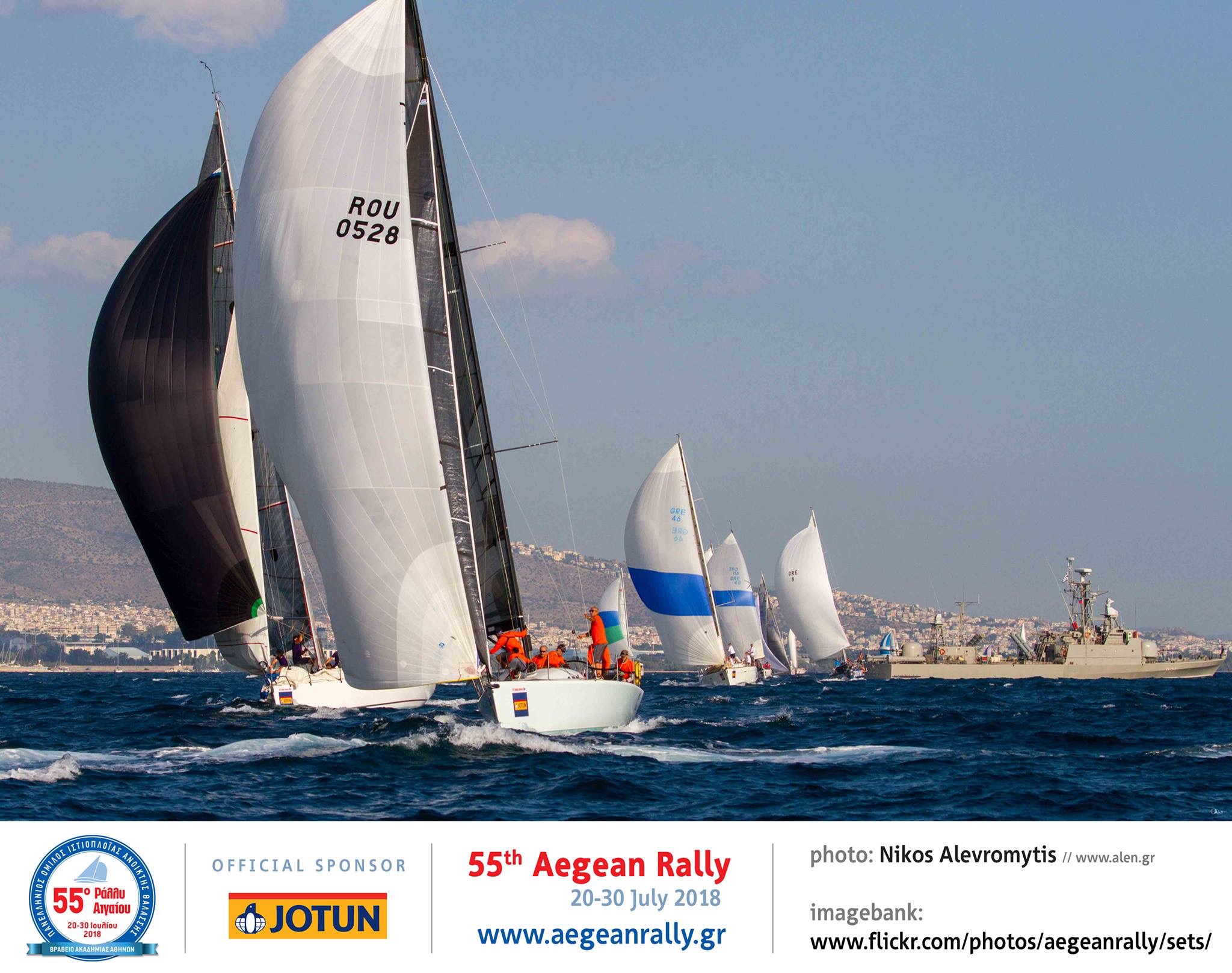 The first leg of the 55th edition of the Aegean Rally 2018 was a long 132 nautical mile southeast dive from Faliro Bay to Amorgos. It took an average of 25 hours to reach the finishing line in Katapola port in Amorgos including a magical windless Aegean night that tested the patience of the competing crews. AFRICANA-Team OPTIMUM managed to score 2nd place, but equally important is that Optimum team members were on board the rest of the podium finishers and the 5th placed yacht!

“It was a lengthy 23,5 hours affair to reach Amorgos and at the same time a much needed training session for all of us Greeks and Romanian on board. We managed well and got our break by committing early to have the option to leave Serifos island on port. It was a bold tactical move promoted by navigator/trimmer Charis Mavrogeorgis. He was responsible to follow the meteorological predictions the three days prior to the start and all weather models run alongside the capabilities of AFRICANA were suggesting this longer route to Amorgos. Charis not only did the analytical work but debated the choice with the rest of the crew. But it is Nikos Lazos our strategist that is responsible and accountable for such a call and he made it. The rest is history. We finished long ahead of the rest of similar size boats and second only to BULLET (52 footer)”, says passionate AFRICANA skipper-owner Laurentiou Gaitan with a huge smile in his face.

But the MVP title for the leg goes to last minute alternate bow-woman Tonia Bami-Makridis for filling absolutely perfect the shoes of our usual bowman Gary Gabrielan that is joining AFRICANA-Team OPTIMUM for the rest of the race. Tonia was considered by many, top Greek bow-woman but due to her absence for her marriage with Optimum trimmer Kostas Makridis and three kids along the way, no one knew what to expect. Well, now we all know that she still is the best Greek bow-woman!!!

The start of Leg 2 from Amorgos to Lipsi is on Tuesday morning, please stay tuned!