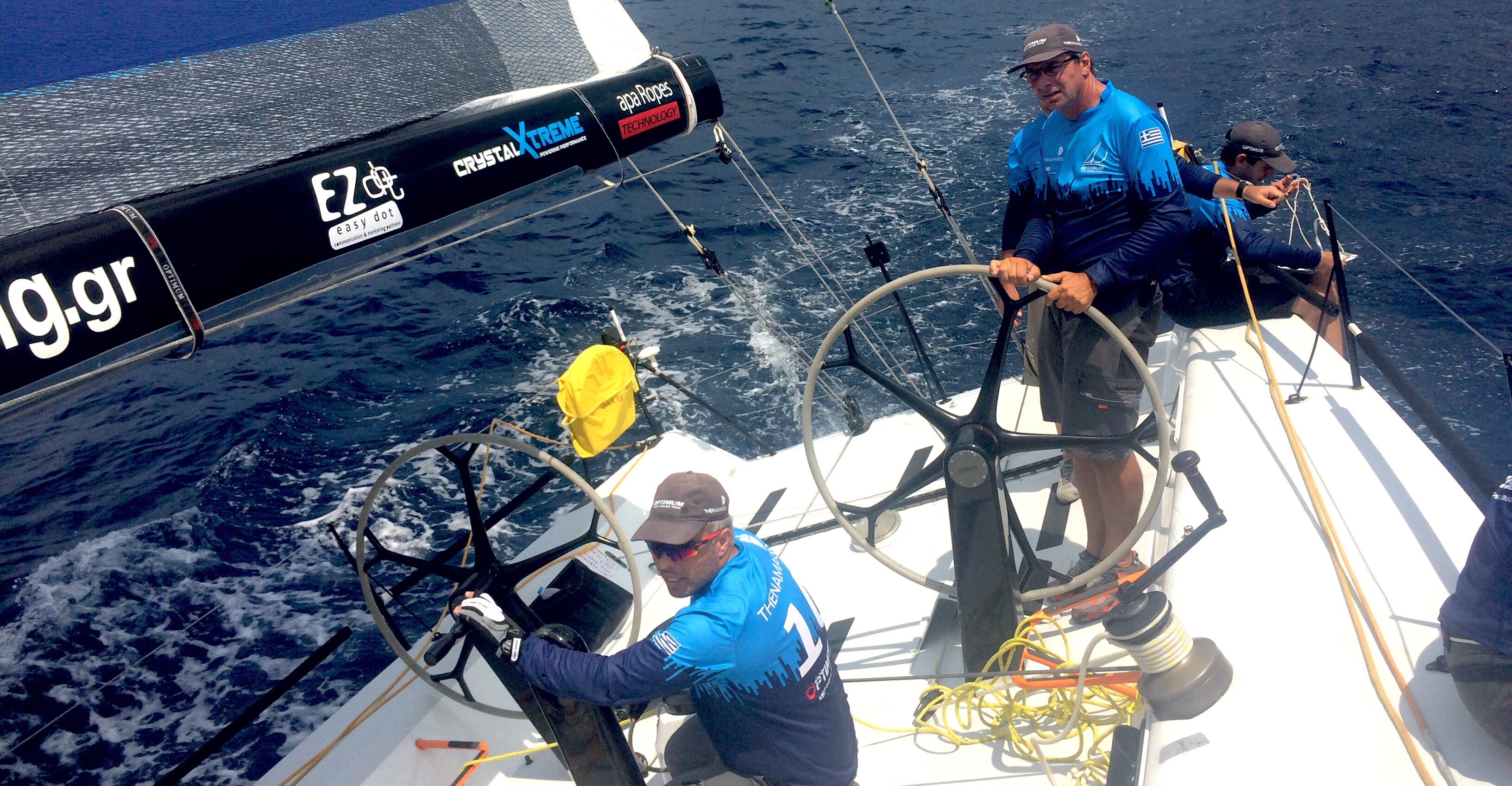 Most of the yacht teams that will compete at the ORCi European Championship participated today in the test race that the Race Committee managed to run in very light conditions. OPTIMUM 3-THENAMARIS-OPTIMISE did not miss the opportunity to race and measure the opposition.
“Although we managed 4th place in today’s test race, we know that there were good teams that decided to sit out and other teams competed but elected not to cross the finish line. The OPTIMUM Team used the race as a final systems and crew check and during the debriefing that followed racing we feel ready and united to push hard for a great result” says trimmer/grinder Manolis Markogiannakis alongside with the prediction that it will be tougher than ever before to get in the top eight with such strong international teams.
As such, the OPTIMUM 3-THENAMARIS-OPTIMISE line up for the European Championship consists of Gari Gabri, George Chatzigeorgiou, Stratis Tsabarlis, Nikos Apostolakis, George Eliopoulos, Alexis Chrysochoides, Patroklos Taxtatzis, Manolis Markogiannakis, George Kyragiannis, Manos Maganiaris, Lambros Nakis, Charris Mavrogeorgis, Nikos Lazos and Periklis Livas. Sitting out and ready to jump on board to replace anyone having a problem is Tassos Dikastopoulos.