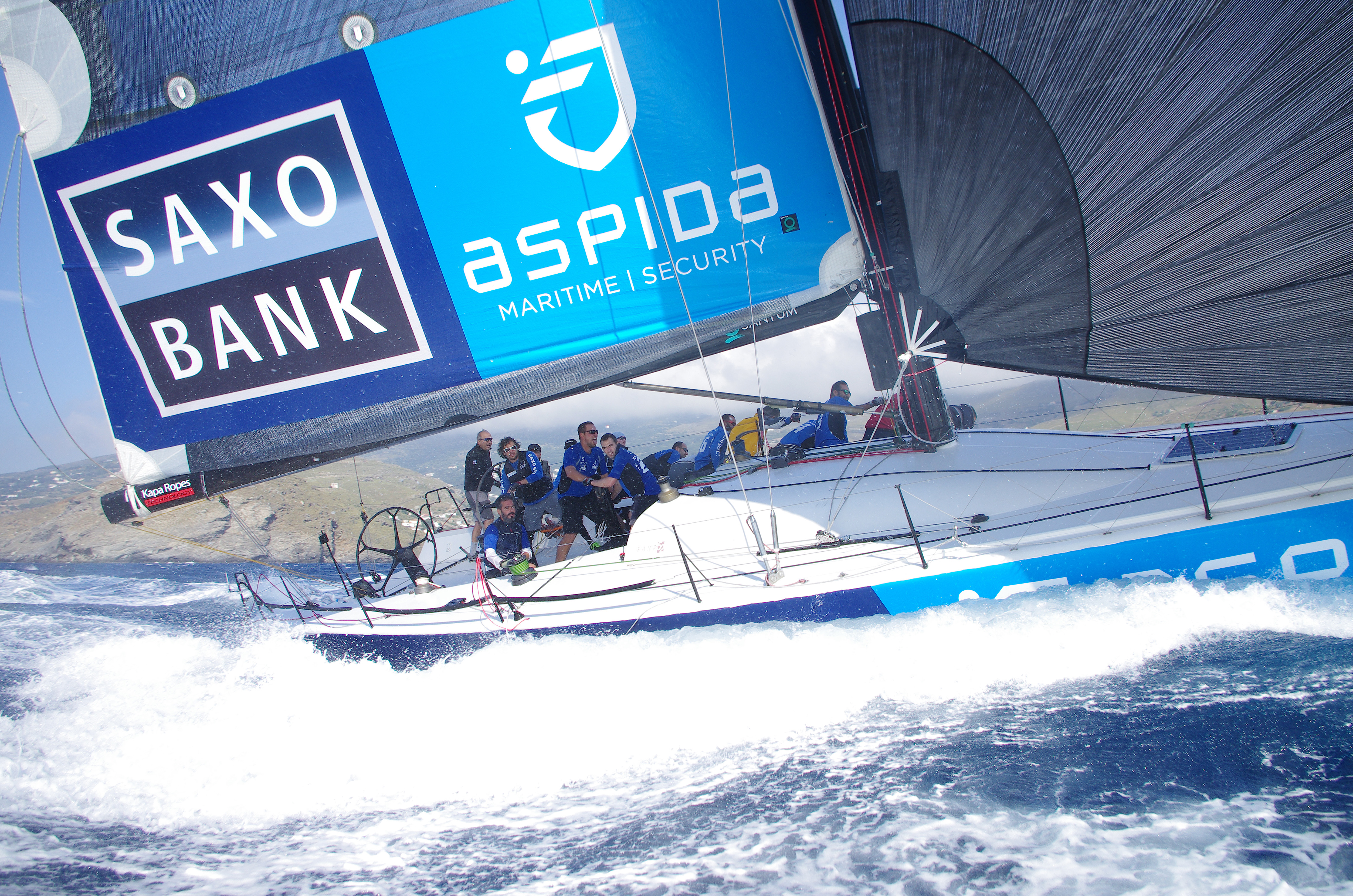 The countdown clock for the “2015 National Offshore Sailing Championship” is reading less than 24 hours. The start of the 1st race of the 4-day, 9-race series that includes a mix of inshore and coastal races in the Saronic Gulf area is at 11:00 tomorrow, Thursday, September 10th. The entries are finalized and the heat is on. All the top Greek boats will hit the start line with the aim to become National Champions by posting their best effort after a long season of tough racing. The line-up includes two TP52s, a Farr 52, a GP42, a Rodman 42, a GS42, two ILC40s, a Synergia 40, two IMX40s, an IMX38,an X362sport, a Mumm30 and other refined boats that total 19, divided in two categories ORCi-A and B. OPTIMUM 3-ASPIDA-SAXOBANK is found at the top of the entry list in ORCi-A and the 15-strong male team is well prepared for the challenge.

The Championship is organized by the prestigious Piraeus Sailing Club in Mikrolimano, Piraeus and the cooperation of the Hellenic Sailing Federation.

“We need to reach peak performance in every single race in order to step on the podium and become National Champions. We also need to avoid costly mistakes. The pressure is going to exceed maximum since three well prepared 52s will compete on a boat to boat basis surrounded by a host of fast 40-footers with very skilled crews. It is the last race for OPTIMUM Yacht Racing Team for the 2015 season and we intend to end it on a high”, says enthused mid-bowman George Hatzigeorgiou leading the bow department on OPTIMUM-ASPIDA-SAXOBANK that includes the young blood and new Optimum recruits of the 2015 season, Gary Gabri and Stratis Tsambarlis.

The rest of the team that is proudly sponsored by ASPIDA Maritime Security and SAXO BANK includes the usual suspects , Nikos Apostolakis and Gerasimos Petratos at the pit, Alexis Chrysochoides, Patroklos Tachtatzis, Manolis Markogiannakis and Kostas Makridis trimming and grinding the fore sails, George Kyragiannis, Antonis Drilias and Lambros Nakis taking care the mainsail and Manos Roudas, Periklis Livas and Nikos Lazos positioning the boat smartly around the course. Remember that sailing is like playing chess without using the board!