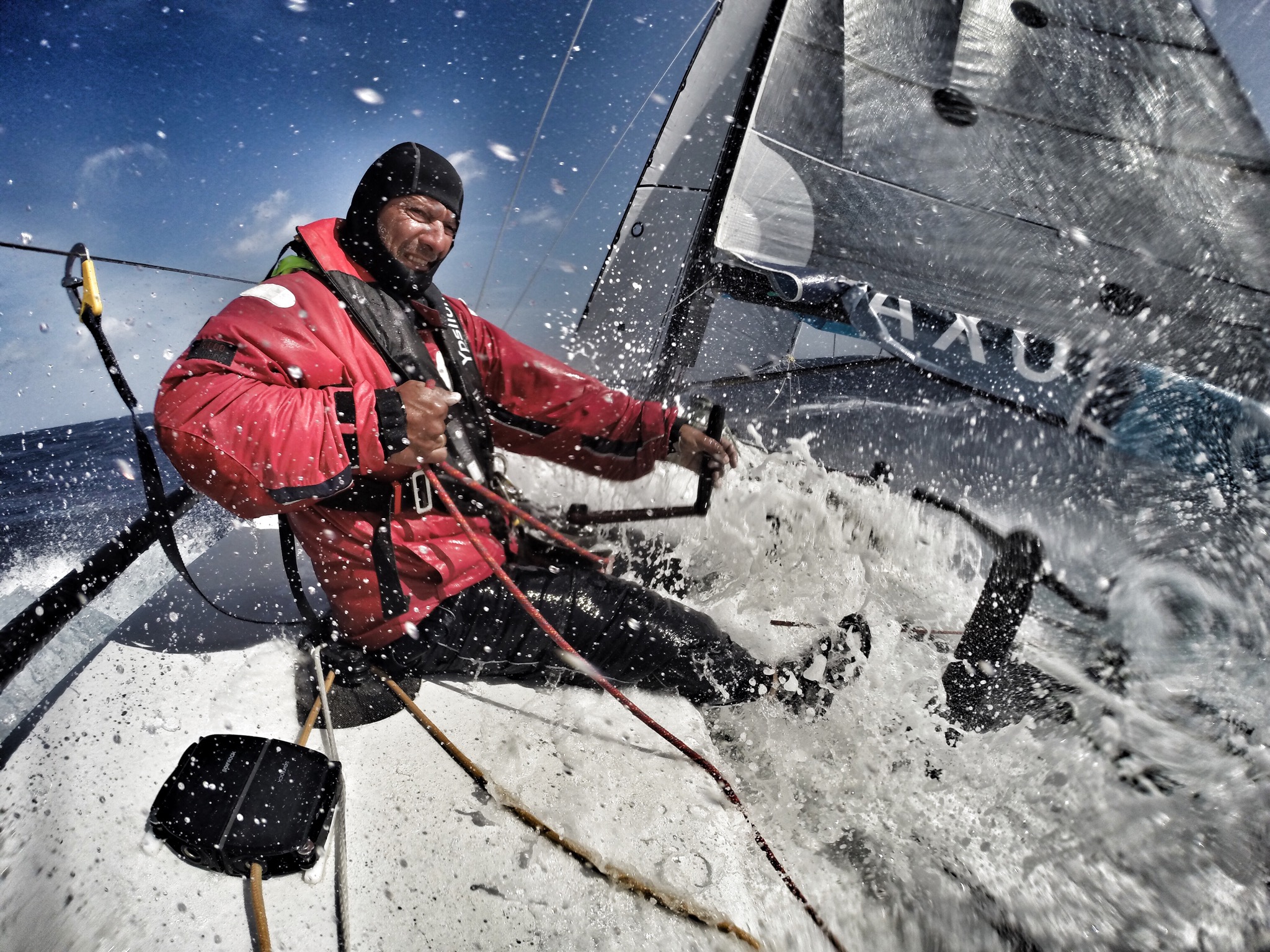 Palermo, Pantelleria, Lampedusa and the finish in Malta

OPTIMUM 3-ASPIDA-SAXOBANK crossed the finishing line in Valletta, Malta on Wednesday at 18:06 under grey skies and storm force winds. “It was the toughest 24-hour period in the 46 year history of the race” said a Maltese sailor that has competed in all editions. Until now, 25 yachts have decided or forced to retire due to gear failure or crew injuries. Team Optimum exhibited prudent seamanship, concluded the race without any incident and scored 4th in IRC Class 2 (24 entries) and 2nd in ORCi Class 2 (11 entries). In the provisional overall results Optimum 3 stands in 17th in IRC(122 entries) and 11th in ORCi(62 entries) Final results will be posted when all boats complete the course by Friday.

“The second half of the race (300 miles) was fast and furious. We left Palermo/Capo St. Vito and the light conditions behind and headed for Faviyana, the western most tip of Sicily. The predicted new weather front from the west showed up on time and we switched to a J2 to sail upwind to the turning headland point. Once there, exactly as dark settled in, we turned and pointed South towards Pantelleria. J2 down, Jib Top up and conditions deteriorated fast. An hour later, in peach black we had 30 knots blowing and serious building seas, sailing on a broad reach. An hour later, we prudently decided to reef the mainsail and well we did, as the wind speed climbed to 35 knots. At this point, the waves were up to 4-5 meters but we couldn’t surf them properly because we would miss leaving Pantelleria on the left. Passed Pantelleria, we bear away 40 degrees more to aim for Lampedusa. Now, in this new course we started some serious surfing sprits downhill mountainous waves, recording new Optimum 3 top boat speed(GPS) of 33.6 knots!
Any thoughts of hoisting a spinnaker never materialized as part of the slogan “to come first, first you must finish”. At sunrise, we were able to see and measure the wave size around us at about 8 meters. By 09:30 we have rounded Lampedusa and headed straight for Malta, the last 100 miles of the 608-mile race. The sail setup for this final dash was 1 reef in the main and Jib4 that worked nicely for 50 miles and was marginal for the next 20 since the wind had increased further to 40 knots gusting at 45. The waves were looking impossible and the whole sea movement was so horrendous that I preferred to avoid looking behind my back and I was mainly concentrating trimming my mainsail. For the last 30 miles we decided to drop the main and hoist the try sail so that all crew and gear gets to the finish line safely. It was a tough maneuver to implement but the guys managed it superbly. Right now I just want to sleep and eat and rest my battered body and mind and then I must think if I am getting to old for all this”, analytically suggested Optimum trimmer ‘Gerry’ Petratos

The delivery crew will leave later today to get OPTIMUM 3-ASPIDA-SAXOBANK back at home port in Kalamaki with the rest of the crew flying back to Athens at midnight.