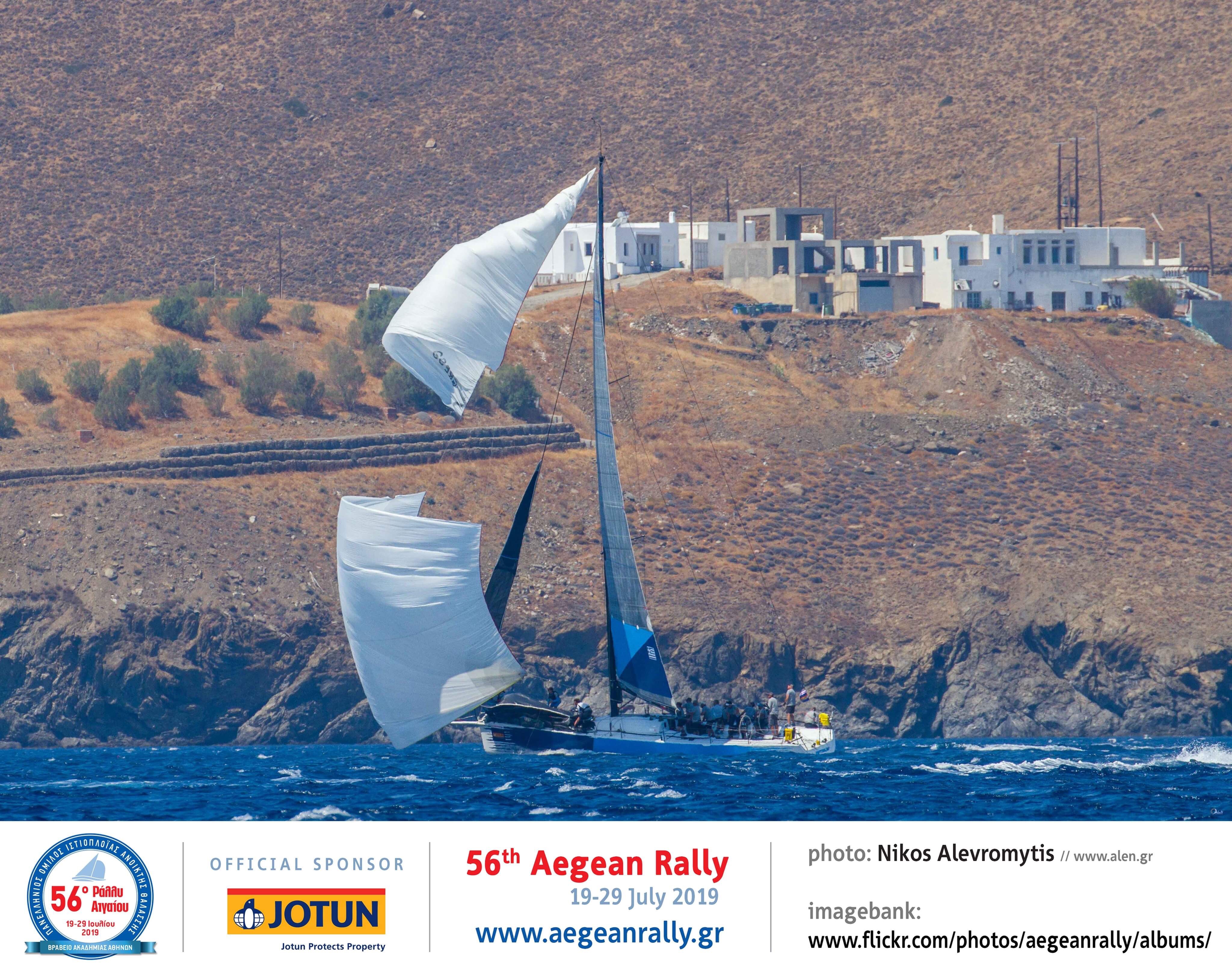 Leg 2 from Astypalaia to Milos island via a scoring gate in Sikinos Island was on the menu of the 56th AEGEAN RALLY with the start at 10:00 on Wednesday 24th.  Although the leg evolved in perfect force 6 meltemi N wind, Team Optimum had to face hard reality.  The replacement mainsail was never loaded from Athens due to plane overload and trimmer Kostas Makridis returned empty handed from Astypalaia airport.  Sailing with our 6 sqm trysail instead of a 100 sqm mainsail a 115 mile leg meant we would be seriously disadvantaged.  With no choice left we rigged the trysail on the boom to improve the performance envelope and did our best possible effort to score 6, 6 in the finishing lines in Sikinos and Milos.

“The more I sink into the OPTIMUM culture the more I am amazed.  They have discussed in several crew meetings all alternatives and as soon as the bad news call from the Astypalaia airport were communicated an hour and a half before the start, Nikos Apostolakis brought the trysail on deck and the guys just rigged it on the boom without hesitation.  We were the first boat out from Astypalaia port to hoist and trim it in the best possible way and all onboard were behaving like we had a normal race in our hands. And yes the guys pushed all the way,  for example Lambros Nakis the mainsail trimmer, was pumping the trysail as soon as we rounded Kimolos island and set the spinnaker for the final dash to Milos.  Great effort guys and a huge lesson for the young on board, respect”, says invited pitman Evi Delidou and Team OPTIMUM fan since ROLEX Middle Sea Race 2014.

The good news are that the replacement Dacron mainsail arrived by ship in Milos, measured, rigged on the boom and there is enough time to be tested before Saturday’s start of the final leg.  Quantum Sails Greece sail-loft delivered at 100% as always and we are proud to have been in partnership since 2012.