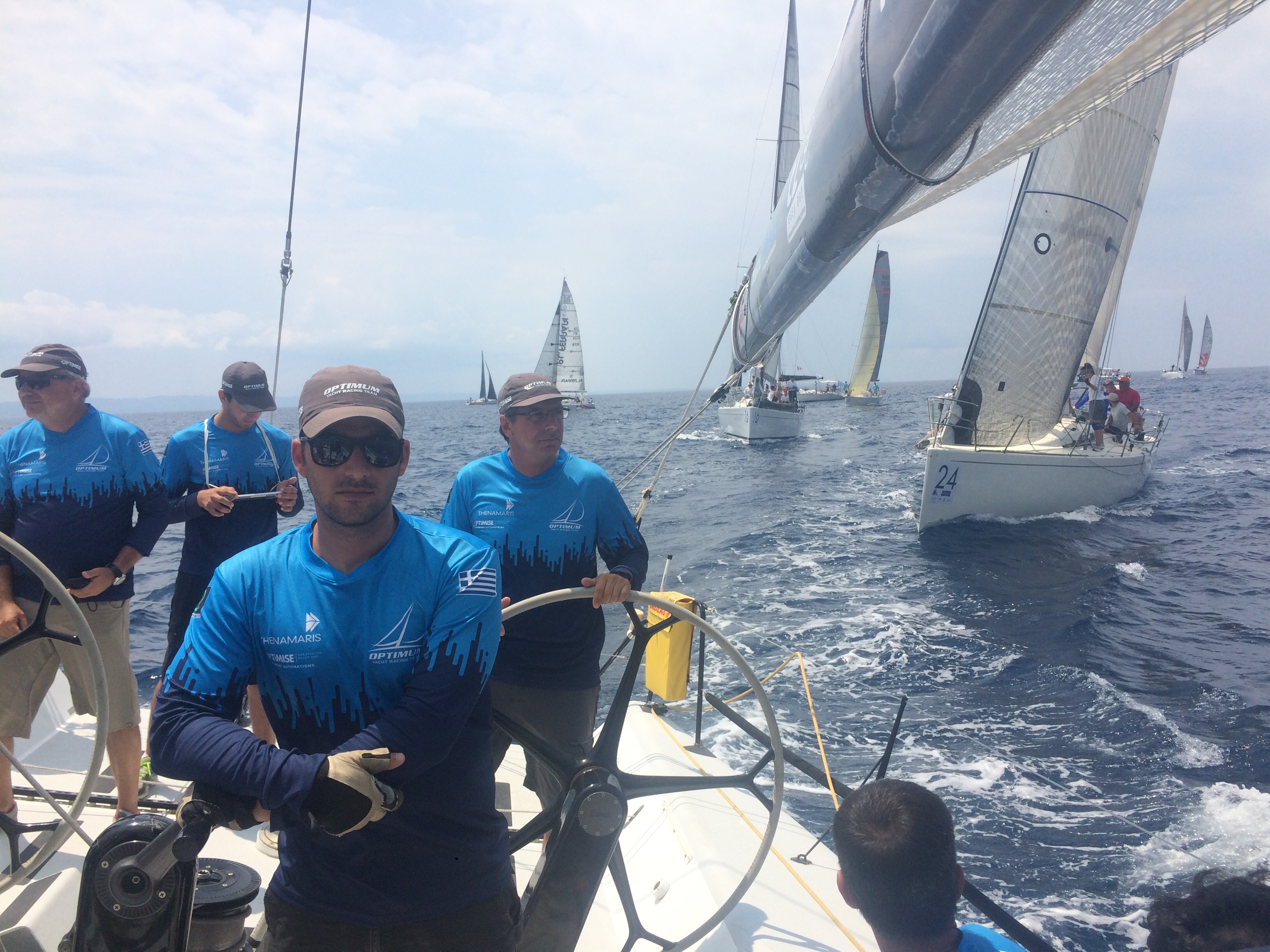 Porto Carras/Chalkidiki, Monday, July 4, 2016.
Two days left for the start of the ORCi European Championship that this year is hosted in Greece. No less than 73 yacht teams from Turkey, Great Britain, Israel, Russia, Italy, Ukraine, Bulgaria, Romania, USA, Czech Republic, Cyprus, Estonia and Greece are already moored alongside in the magnificent Porto Carras Marina up in unique Chalkidiki in Northern Greece. Nine races are scheduled from Wednesday 6th to Sunday 10th of July and if the wind gods cooperate OPTIMUM Yacht Racing Team expects to battle hard all the way in every single race.

Team OPTIMUM has competed 5 times in Open European and World Championships and has never finished worst than 8th place and scored best (5th) in the 2008 ORCi Worlds in Athens.
“Participating in an international event of this calibre involves considerable planning and serious investment of time, effort and expense. We have done all needed preparations, we have executed the 200-mile delivery trip of OPTIMUM 3-THENAMARIS-OPTIMISE in 29 hours non-stop from our Kalamaki Base to Porto Carras and we are ready to measure the competition on Tuesday’s test race. This morning we had a technical issue with our standing rigging and it took us four hours to resolve it, so our precious training day turned to one hour session in very light conditions. The team looks strong, and we are happy to be here among these well qualified yacht teams from as far as United States”, comments bowman Gary Gabri who spent today more than 3 hours hanging on our 26-meter mast to fix the technical issue he identified.

OPTIMUM Yacht Racing Team would not have made it to compete here if sponsors THENAMARIS and OPTIMISE had not supported the OPTIMUM Team for the 2016 season and it is essential for us to try hard, race well and post a great result to honor our sponsors for their unconditional support.