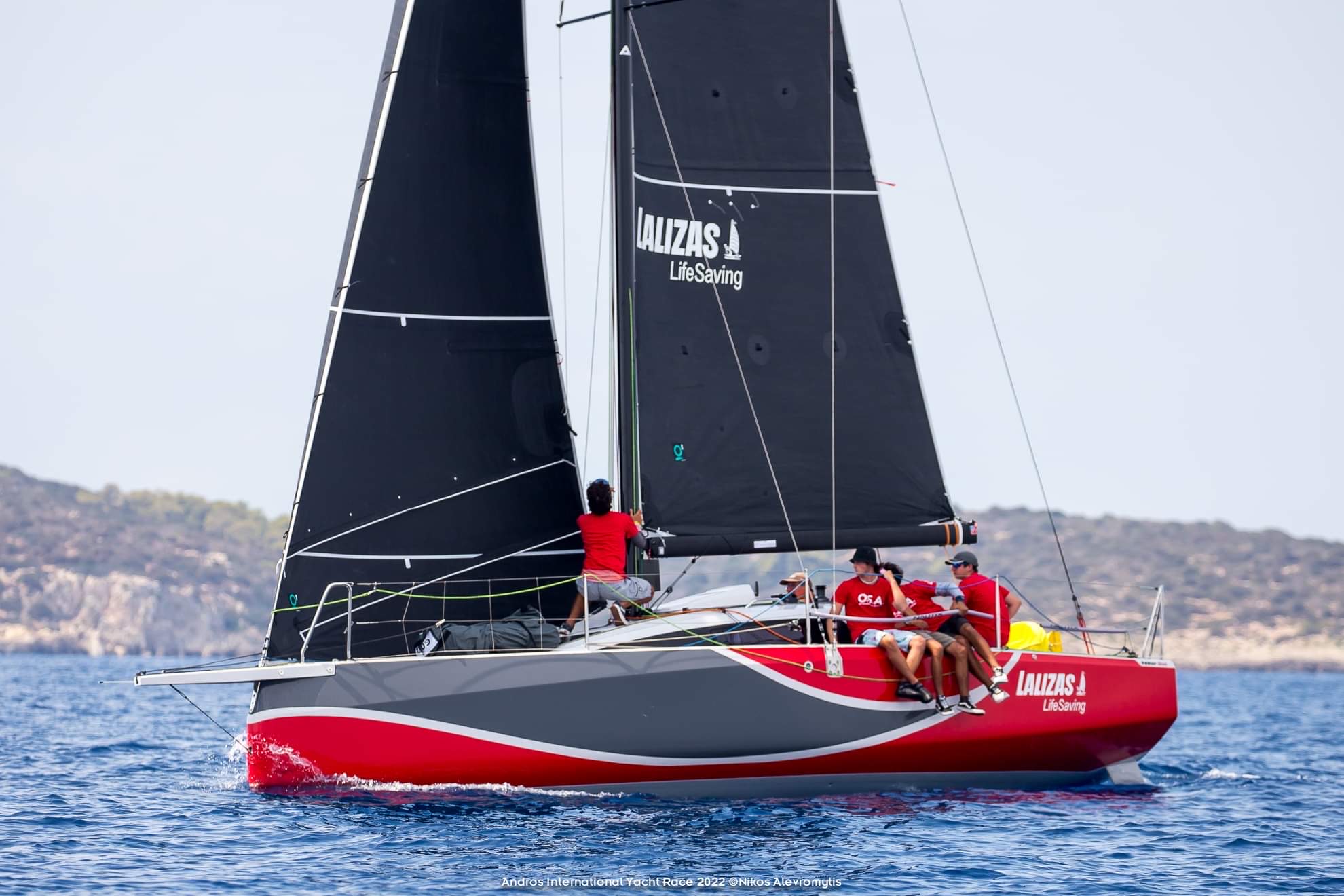 An interesting win at Korfos Race.

OPTIMUM 4, the “red” Dehler 30od of the OPTIMUM Sailing Academy, skippered by 17-year-old Christos Stathas won the 39th Korfos Race over the weekend.  The race is a 28-mile cross of the Saronic Gulf from Faliro Bay in Attica to Korfos Bay in Peloponnese with a scoring gate in Platia Rock on Saturday and a direct return on Sunday.   The O.S.A. red team posted a 2,1,1 in the ORCi Performance Division scoreboard among eighteen close rated entries of 30-44 footers.  Light wind conditions prevailed throughout the weekend that tested the patience and persistence of the competing crews, many of whom retired on Saturday believing they will not reach Korfos within their time limit.  OPTIMUM 4 managed to reach Korfos after almost nine hours and about twenty minutes before her time limit expires.  The 17 hours effort to reach Andros two weeks ago proved good training for this one…

“Although it was very light and slow we had good reason to push hard all the way on Saturday as we were testing our upwind masthead cableless Quantum Code 0.  We started upwind with it and even had to roll it, tack and unroll it a few times, which we have never done before thinking that it would be slow.  It turned out that it provides so much power comparing to the jib and can point almost as high as the jib in up to 7 knots true wind speed.  We tested this sail in Andros Race, in this race again and plan to use it the rest of the 2022 season to learn how and when to use it, and understand if you can cope with the significant rating penalty you get with it in ORCi.  My enrollment in the O.S.A. initiative has been an eye opener, learned so much and enjoyed my sailing in good company”, confesses Lefteris Grispos, an excellent O.S.A. 17-year-old student.

Long time Team OPTIMUM members Vaggelis Karas and Periklis Livas made up the crew lineup for the Korfos Race and had lots of time to share their hard earned experience in offshore racing with the youngsters.   It was a full moon on Saturday too, that “dressed” nicely the local prize giving ceremony in the beach.  Endless Greek summer, thank you N.O.T.K. for organizing such an easy going and enjoyable race.

All three O.S.A. Dehler 30ods supported by LALIZAS plan to participate to a similar race this coming weekend in Agistri island and back.  See you there!