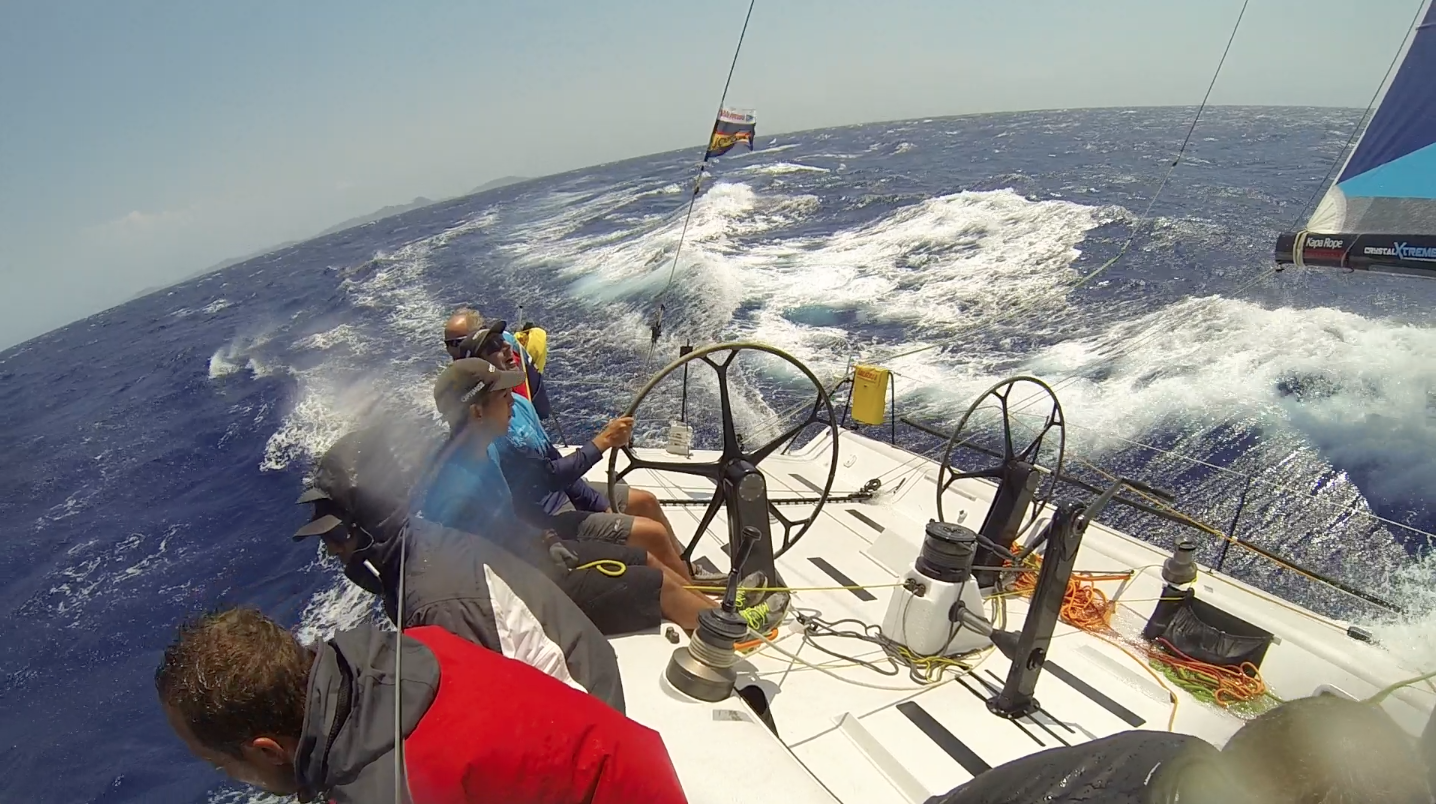 Milos Island, Tuesday, July 21, 2016.
The Aegean Sea lived up to its name and provided famous force 7-9 Beaufort “meltemi” winds for race 4 and 5 of the 53rd Aegean Rally. OPTIMUM 3-THENAMARIS-OPTIMISE pressed hard in the tough wind and wave conditions that reached 45 knots and up to 3 meter waves and managed two bullets in the scoreboard. So with 5 races out of six completed and a scorecard of 3,3,1,1,1 OPTIMUM 3 proudly sponsored by THENAMARIS and OPTIMISE is lying in 2nd place overall with 0,25 points from the 1st placed Team. That means that whoever beats the other is going to be the winner of the prestigious Trophy.
“Wow, we had so much pressure for almost 10 hours that took us to complete the passage from Patmos to Milos via a scoring gate in Koufonissia. Pressure that came from the high wind speeds and spread upon everything that floated in the Aegean Sea yesterday. Optimum 3 and all the gear was under pressure with the starboard steering wheel cables giving up twice. The Optimum crew was under pressure as we almost run down our helmsmen, trimmer and grinders as they surfed and pumped almost every wave along the way. The afterguard was under pressure to select the best route for Optimum 3 to get to Milos ahead enough to win on handicap and give Team Optimum the chance to win the Rally overall on race 6 on Saturday. I call this Aegean Pressure that either you handle and you succeed or it takes over and breaks you apart. My Optimum mates were fantastic and the bullets we scored were our reward” said trimmer Costas Makridis who trimmed effectively the jibs and spinnakers attaining speeds of over 20 knots and also managed to fix the steering cables fast enough for sweeping the results.
Now the good news is that four Optimum key crew members are joining for race 6, the uphill dash from Milos to Cape Sounio, and the Team will be as strong as it could possibly be to win the overall Aegean Rally Trophy. We are getting ready for a nail biting finale, please stay tuned.