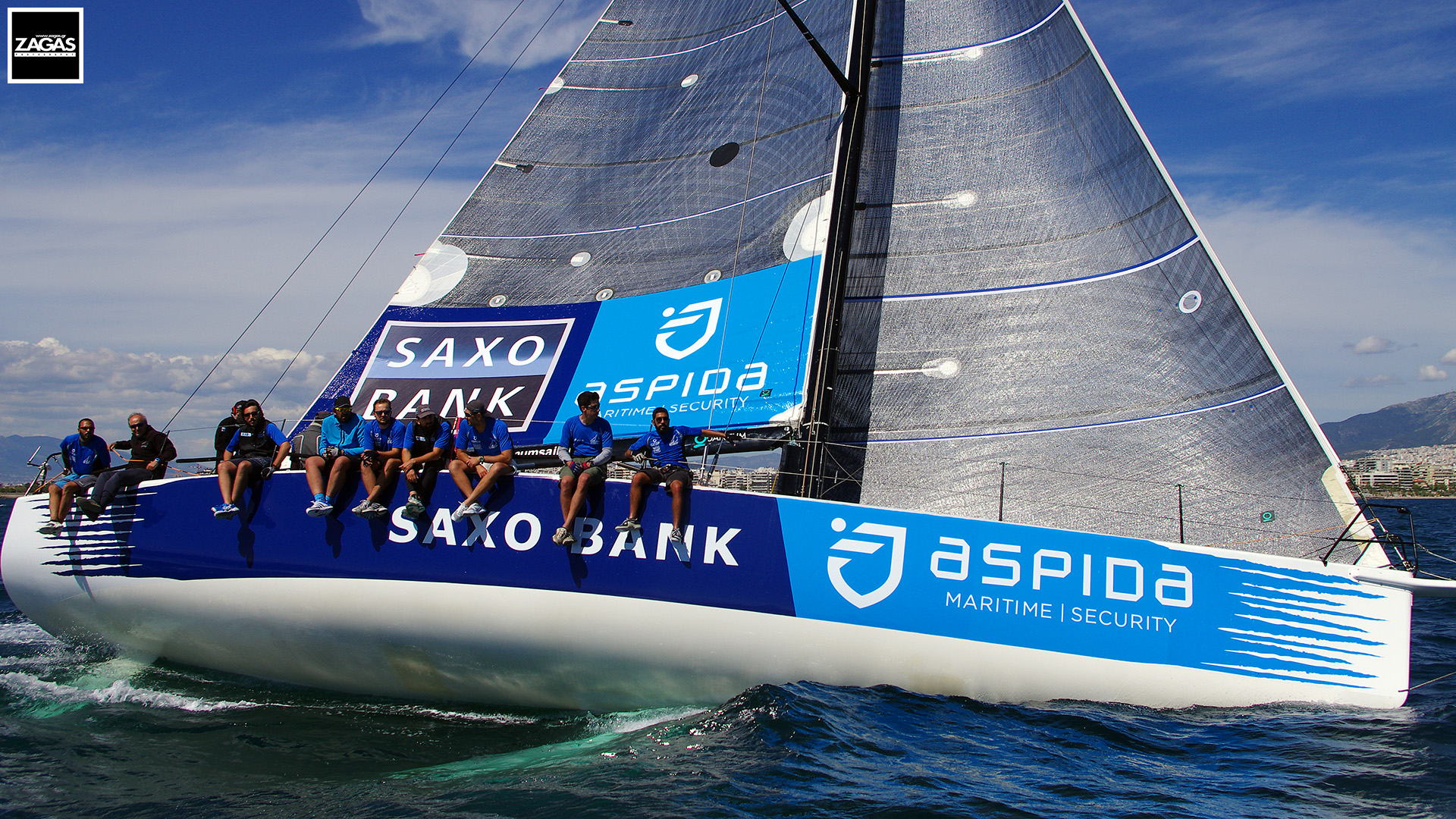 OPTIMUM Yacht Racing Team completed the first regatta for the 2014 season in Faliron Bay, Athens, competing for the “H.O.R.C Cup”, a two day regatta, compromising by up to 6 inshore Windward-Leeward races.  Sunday was a repeat of Saturday’s perfect sailing conditions of steady 10-14 knots breeze under sunny blue skies.  As such, the Racing Committee started 3 races per day and OPTIMUM-ASPIDA-SAXOBANK scored 8, 8, 10 and 6, 7, 9 respectively each day, to get 10th place on the scoreboard out of 14 yacht fleet.“It is early days for the OPTIMUM Team for 2014 and almost 6 months out of action!  We used this regatta to fine tune the mast after stepping it back in place last week and test in anger the new systems installed over winter.  All 25 team members put in lots of work every afternoon this last week to prepare OPTIMUM 3 for demanding inshore round-the-buoys racing.  We got mixed feelings for the results and we certainly fought hard to improve race by race.  Yacht racing is pretty complicated and during debriefing we sorted out few things that we can clearly work on and try to improve performance in both systems and crew work.  Thumbs up for rival yacht team MY WAY for sweeping the competition with a score line of 1, 1, 1, 1, 2, 1, and out winning the regatta!” commented mainsail trimmer Gerasimos (Jerry) Petratos during the prize giving ceremony/souvlaki party that took place right after racing in the H.O.R.C. dock in Mikrolimanon, Piraeus.It was also the first appearance of the OPTIMUM Team in the new “two tones of blue theme” representing the team sponsors ASPIDA Maritime Security and SAXO BANK, that got overwhelming positive comments for creativity and beauty.